Protect your Homeland with our state-of-the-art radars

Defense forces and their bases protected by forward mobile security

Radar technology constitutes, in many cases, the backbone to your CIP

The exercise, held during 10-25 March, tested the neutralization of unmanned aerial systems (UAS).

Belgian Advanced Technology Systems SA (BATS) is honored to have been among the few industries that had been selected by NATO to participate to this important exercise.

A number of different scenarios were conducted over the exercise period, including single and swarm UAS, both rotary wing and fixed wing.

BATS’ versatile DroneGuard turnkey system, with a 4D short-range air defence radar AD26 at its core for UAS detection, tracking and classification, successfully demonstrated its capability to neutralize drones by hacking and hijacking them as well as by an integrated laser system for hardkill. The result of the drone is shown in the picture below. 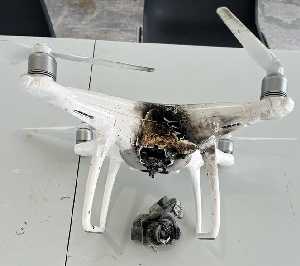